He grilled the first in vitro burger live on television, but does he see a future in lab-grown meat?

As head chef of Couch’s Great House Restaurant in the fishing village of Polperro at the south-western most tip of England, Richard McGeown cooks modern European dishes in a rustic white cottage. His mainly local suppliers have pride of place on the menu, because McGeown wants to make people more aware of the origins and production process that their food goes through. That is also the reason that he is on the jury of the Fine Farm Produce Award every year, in which he is primarily concerned with the quality of the meat.

On 5 August 2013, McGeown stood at the start of the production of meat and the modernisation of the culinary experience: he had the honour of cooking the very first in vitro hamburger. “It’s got a very subtle smell and good colouration. It’s like every other burger I’ve known.” 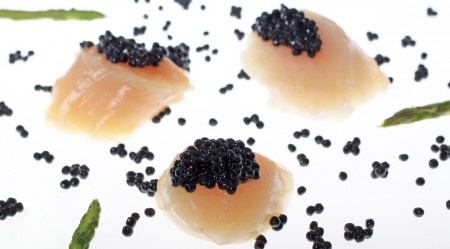 Without the lab grown fish elements, Richard could never have composed his dish of a large scallop with a sauce of Beluga caviar, served with a slice of European eel