Erik van Loo is from a real butcher’s family, but he “was never into killing animals”. He was much more interested in what his father prepared in the kitchen and as a young boy he had already decided: he would be a chef. His father’s potato cream soup is still on the menu at Restaurant Parkheuvel in Rotterdam, where Van Loo took over from 3-star chef Cees Helder in 2006.

For Van Loo it is all about knowledge, quality, creativity and emotion. But primarily it is about “real food”. He has a lot of respect for the butcher’s profession and in his restaurant on the banks of the river Maas in Rotterdam, meat plays the starring role: organic goose liver, tartare of kobe wagyu beef, Bresse chicken and Scottish grey partridge are the main ingredients. Do the endless possibilities of in vitro meat fire his creativity – or does he see it as fake, and an insult to the profession his family devoted their lives to? 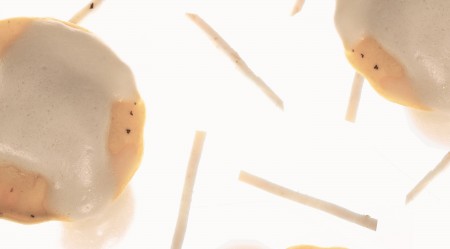